This project drew on a community sample of 309 women experiencing intimate partner violence. Data from these women was used to understand how violence affected their health and what it costs all of us. 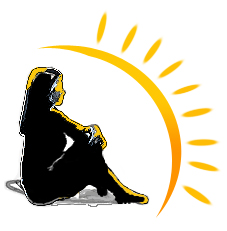 This study began the process of building a context-specific understanding of women’s health after leaving an abusive partner by addressing the role of women’s personal, social and economic resources in mediating the relationship between the severity of past abuse and current mental and physical health. This knowledge is essential for developing more effective ways to assist women in regaining and improving their health after separation from an abusive partner.

Based on previous research and a determinants of health perspective (Health Canada, n.d.), a structural equation model was constructed to assess the effect of past IPV and current resources on women’s mental and physical health

A community sample of 309 English-speaking women who were between the ages of 18 and 65 years of age, had experienced IPV in the past 3 years and were no longer living with an abusive male partner, was recruited from three Canadian provinces. Exposure to IPV in the relationship with the woman’s ex-partner was confirmed using a modified version of the Abuse Assessment Screen (AAS) (Parker & McFarlane, 1991) which included four items (one each for physical abuse, forced sex, fear of partner, and experiences of coercive control). An affirmative response to at least one of four screening questions was considered positive for IPV.

Data were collected in two phases through completion of a structured interview designed to elicit information about women’s resources, service use and demographic characteristics, followed within 2–3 weeks by an in-depth abuse history and health assessment conducted by a Registered Nurse. A combination of standardized self-report measures, survey questions and biophysical tests were used to measure the variables of interest.

We have put together a series of policy briefs drawing on the evidence from this project. Download them here.

We have developed a few different ‘visuals’ to show common health problems/symptoms of women who have histories of IPV. We have converted these into tools that can help women to track and understand the symptoms they are experiencing.